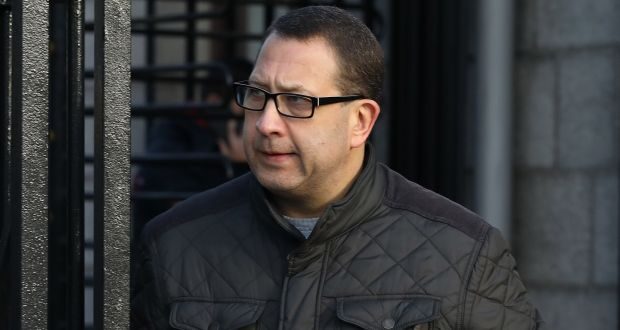 A delivery driver who injured his lower back when lifting a tray of bread, has been awarded €30,000 damages for personal injury.

Barrister Bebhinn Murphy told the Circuit Civil court that Arunas Dumskis (40) claimed he had been put in a position of having to lift the tray which weighed more than 20kg.

Ms Murphy said the defendant, Il Valentino Continental Bakery, of Ulysses House, Foley Street, Dublin, had failed to enter an appearance in the proceedings and Mr Dumskis had obtained judgment against the company.

Counsel, who appeared with Robinson O’Neill Solicitors for Dumskis, told Circuit Court President, Mr Justice Raymond Groarke, that the matter had been set down for assessment of damages only.

Mr Dumskis, of the Hamptons, Santry Cross, Dublin, told the court that on June 9th, 2012 he had been delivering bread in Ballymun and was taken by surprise by the weight of the tray. When he lifted it he felt a sharp severe pain in his lower back.

Ms Murphy said her client was alleging negligence and breach of duty on the part of the bakery on the basis it had directed Mr Dumskis to perform an onerous task without adequate training or instruction on how to complete it safely.

Mr Dumskis alleged that the bakery breached the Safety, Health and Welfare at Work Act by failing to ensure all appropriate precautions were taken.

He told the court he attended his GP and was prescribed painkillers and advised to rest. He was unable to work for three months.

Mr Dumskis said he returned to Lithuania for a period and attended a doctor. An ultrasound test on his lower back revealed a degenerative change associated with slower recovery. He visited a specialist in Lithuania on four further occasions.

In September 2012 and again in 2014, he was examined by J.A. McKeever, a consultant in emergency medicine, who stated in a medical report that he found Mr Dumskis’s injuries consistent with a tear to the supporting muscles of the lumbar spine. He recorded that Mr Dumskis had “a powerful build.”

In 2014, Dr McKeever described Mr Dumskis’s recovery to be at the 95 per cent complete stage with the remaining 5 per cent relating to intermittent stiffness and discomfort.

Mr Dumskis told him he lost 20 lbs and was extremely impressed by the improvement in his physique and gait which was largely the result of his adherence to a recovery regime outlined on his original visit.