Model accused of stalking Dylan McGrath to decide on plea 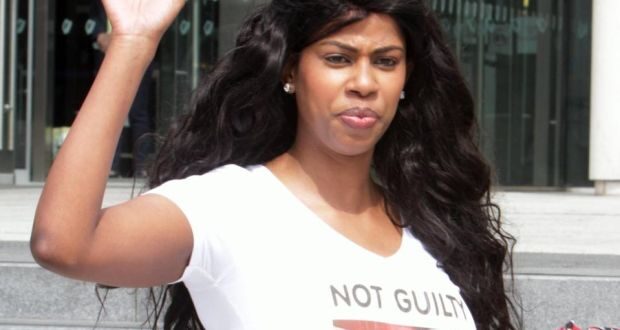 RTÉ First Dates contestant Daphney Sanasie who is accused of harassing celebrity chef Dylan McGrath has been given four weeks to decide how she will plead.

The 26-year-old model, who has an address at Jamestown Road, in Dublin 8, is accused of harassing Mr McGrath (39) at various locations in the State from September 9th until November 21st last year.

The charge is contrary to Section 10 of the Non Fatal Offences Against the Person Act.

She has not yet entered a plea and was ordered to appear again at Dublin District Court on June 24th to allow her time to brief her lawyers.

She first appeared in court on April 15th last when evidence of her arrest was given by Garda Colm Kelly of the Bridewell Garda station.

At her previous hearing the court had heard that the DPP has directed summary disposal of the case meaning it is to stay in the District Court and not go forward to the Circuit Court which has tougher sentencing powers.

The offence, at district court level, can result in a fine and a maximum 12 month sentence.

Garda Kelly has complied with an order to provide disclosure of the prosecution evidence.

However, judge Cormac Dunne was told on Friday that Ms Sanasie has recently changed legal firm.

Her barrister Gareth Robinson (instructed by Robinson O’Neill solicitors) told the court that he needed time “for disclosure and instructions to be taken”.

The South African model was known as ‘Federica Sanasie’ when she appeared on the matchmaking TV series First Dates earlier this year.

McGrath – one of Ireland’s best known chefs – was a proprietor of Mint in Ranelagh in Dublin which was awarded a Michelin Star before opening the Rustic Stone Restaurant by Dylan McGrath on South Great George’s Street in Dublin city-centre.

He later became a judge on the Irish version of Masterchef.