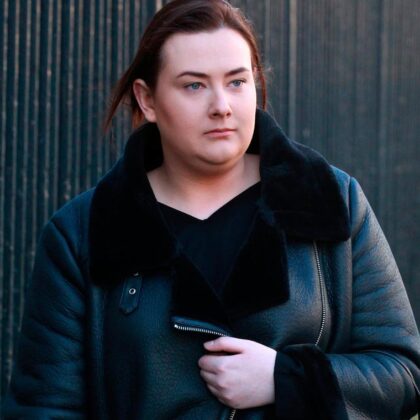 An accusation of handbag robbing by a night club manager against a young student had such a devastating effect on her life that she lost interest in socialising, a judge said Friday.

Circuit Court President Mr Justice Raymond Groarke, awarding Chloe O’Toole €30,000 damages for defamation against the night club owner, said it had been a dangerous allegation to make and there had been no attempt to justify it.

Ms O’Toole, of Ballymun Road, Glasnevin, Dublin, who is now studying to become a a special effects make-up artist, told the court that when she attended Play Nightclub in D’Olier Street, Dublin, with friends in May 2016 a bouncer approached her and said: “The manager wants you to leave right now.”

She said this had been followed by the remark: “You were in here last week robbing handbags.”

Barrister Jack Tchrakian, who appeared with Robinson O’Neill solicitors for Chloe, told the Circuit Civil Court that Ms O’Toole had only been able to return to a normal life just recently.

Ms O’Toole said in evidence that she had lost all her friends because of the groundless remarks made about her in the nightclub.  On the night that she had to leave the club she had been told they had her on camera.

“I asked the head bouncer to show me any CCTV recording they might have to substantiate the allegations they were making against me but this was refused,” she said. “There were a lot of people, including my friends, staring at me, judging me.”

She said the bouncer had told her in front of her friends that she was a robber and that she had to leave and was no longer welcome in the nightclub. She had felt humiliated, embarrassed, uncomfortable and distressed and thought her friends might believe what she was being accused of.

“I no longer have any relationship with those friends because of the incident. I had a social life but this has only recently been getting back to normal,” she told Mr Tchrakian.

Ms O’Toole said she had found it very difficult afterwards to leave her home to go out and rebuild some sort of social life.  She had stayed in and got a job in her father’s shop. She was now studying at the special effects make-up college in Dame Street, Dublin.

“My social life is still not great but I am slowly getting over it. I thought it was time I tried to push past it,” she said.

Solicitor Georgina Robinson, principal partner in Robinson O’Neill solicitors, told the court there had been no response from Ctp Bars Limited, Main Street, Finglas, owner of the Play Nightclub in D’Olier Street, and her firm had obtained judgment against them in default of appearance on behalf of Ms O’Toole.

Mr Tchrakian said no-one had turned up in court to meet Ms O’Toole’s claim. The nightclub company was currently in liquidation and the court simply had to assess damages.

Judge Groarke, who said Ms O’Toole’s honesty was not in question, said bouncers wielded a considerable amount of authority over the ordinary citizen and it was an authority that had to be exercised with great care.

He said Ms O’Toole had suffered extraordinarily in the circumstances and awarded her €30,000 damages for defamation of character together with her legal costs.